Written by an Anonymous Cruise Ship Performer who wants to stay "anonymous" for obvious reasons.

PERSONAL NOTE: This experience does not represent ALL experiences of entertainers working on this or other other cruise lines.  See my further note below this post. Doing a write-up/review about working on cruise ships is a double-edged sword.  On one hand, I'd love to share the majority of horror stories encountered as a cruise ship performer; crappy supervisors that drive you like sled dogs, having to sell out and do sub-standard songs, only to be shit on and ignored, and even dragged into disciplinary meetings, based on a jerk passenger.
On the other hand; an influx of US musicians, based on a good review, would only put 'me' out of work.  In conclusion, there are 'no' good jobs for musicians on ships; only a job, period.  The longer you stay, the more you get kicked around AND seniority does not count out here.  No unions, no respect, nothing.  Deal with it or move on.


Most of the crew members are non-American, and they hate you, a US employee. And you'll be expected/required to do many more hours of free, non-paid work. Showband players are 'not only' drowned out by 'tracks' in the show, but have to backup passengers singing!, Ala Carnival Superstars.  In other words, unglorified and insulting, demoralizing live Karoake backup.

If you are called into a disciplinary meeting, you will not win, no matter what the circumstances. The passenger or crew member complaint always wins, and supers will gang up on you.
Since a newer CEO took over for CCL, crew members have encountered tremendous cuts; bad food, cabins that are borderline uncomfortable with the 'reduction' of air conditioning, all to save a few bucks on gas to power the ships. You'll be told that you'll work fair hours on your first contract, but count on those hours being more, and for no extra pay.  Plus, hours of redundant safety training, guest management training, etc, etc. 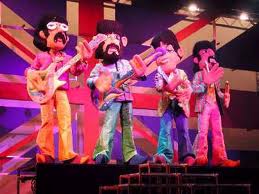 You better be a good game player, and you better have thick-skinned body armor, to work for this company.  If you don't like it, there are dozens of others stateside, waiting to take your job.
Tipping?  Forget it.  With my job position, I have to tip my cabin steward, the crew mess, the staff mess, etc, but 'I' cannot put out a tip jar!


I have to 'lockup' all of my bathroom stuff, meds, or anything that can be tampered with, before my cabin steward cleans my cabin.  Remember that out of 900 crew members, you are one of maybe 6 American crew members.  You are not liked as an American.  I've had cabin stewards put my toothbrush inside themselves, in their anal region, then put them back in my bathroom.  You want to get violently ill?  Come work here.  I've had deodorant tempered with, toothpaste, anything that can purpously tampered with, to force you to miss work, and possibly get fired.  I've been sick many times on ships. 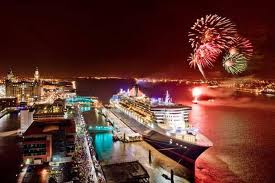 Other misc situations?  I've gone through numerous hurricanes; Ike, Irene, etc.  The front office wants to save fuel money, so we go 'through' them.  I've been in 40 foot high seas, and even sent self-shot video of hurricane Ike, while on the ship, to CNN I Report, which actually aired on CNN. It's miserable rocking and sometimes terrifying.  I was on a ship a while back, that had a screw (Propeller shaft,) break, but the captain drove it back home anyway, at 1/4 speed, through 15 ft. seas, just to meet a deadline.  If we would have lost the 'other' propeller, we would have been drifting, powerless, in raging seas.  I've been on ships that were hit by 10 story tall rogue waves, which almost overturned the ship.  I've sat on a ship, that was anchored in a bay, riding out a hurricane, for 2 days.
In conclusion, I don't recommend this job to anyone, unless you are desperate.  I challenge any and all to persons to challenge me on this information submitted, and I'll remain anonymous, in case I have to do, yet one more miserable contract...

MY PERSONAL NOTE:  According to another entertainer I personally know who has gone out on Royal Caribbean Cruise Lines and had great experiences, never go onto a cruise ship as a "crew member". Always go on as a "guest", and this type of experience may be avoided.

Music is a driving factor in how we identify ourselves as people.  Music defines our culture and community, and what we identify with can say a lot about who we are as people.  While big pop musicians like Britney Spears, Pink, or Katy Perry get a ton of attention, many listeners look for females that focus more on their adept understanding of instruments over their vocals and outrageous stage shows.

Dame Evelyn Glennie is one of the most interesting and important female instrumentalists of our time.  As a jack of all trades as it were in music, she is able to play a wide variety of music. She performs with a number of orchestras and contemporary musicians and gives over 100 concerts per year, four months of which are spent in the US.  She also takes part in master classes and music in schools performances.  She is often seen playing percussion, though she is also well known for playing the Great Highland Bagpipes.  One of the more interesting things about Glennie is the fact that she has been profoundly deaf since the age of 12.  While musicians in the past have succeeded this way, how does she perform with an orchestra and stay in line with them?  She often plays barefoot and feels the music through her feet. She is an amazing instrumentalist that has had an amazing career.  If you ever get the chance, try to catch her live at some point.

Clora Bryant is a well-respected jazz “Trumpetiste” that does more than just play.  She is also known for her singing and lectures, but her start came from her jazz career behind the trumpet. She has had a long and beautiful career working with people like Dizzy Gillespie, Charlie Parker, Billy Daniels and Billy Williams.  She was also the first American female jazz musician to play in the Soviet Union, at the request of Mikhail Gorbachev.

For those that have a sweet spot for the stringed instruments, few women are as well respected as Vanessa-Mae Vanakorn currently.  She became famous in the UK in her childhood, appearing on televisions shows involving classical music and conservative style.  She made her professional debut at the age of 10 in 1998 at the Schleswig-Holstein Musik Fesitval in Germany followed by her concerto debut with the Philharmonia Orchestra in London the same year.  She is also the youngest soloist to record Beethoven and Tchaikovsky violin concertos.  As she aged and entered her later teens she started to break out of the classical style and changed to a more flashy, sexy style in music videos donning stylish outfits.  In 1995, she released a pop album called The Violin Player followed two years later by an appearance with Janet Jackson on the album The Velvet Rope playing solo in the title track.  While collaborations have brought her fame, she has also released albums of her own compositions such as the 1997 album China Girl: The Classical Album 2.


Nani C. is a writer for HowDoIBe.com.  If you are interested in a career as a musician, take a look at this site to help you learn what you need to do.
Posted by G.W. at 1:33 PM No comments: