In my efforts to get the word out about www.Female-Musician.com, I have written a jingle.  Take a listen to it on Soundcloud below.


I have a goal to get more exposure to the website and to all the female musicians who have listings inside of it.  To make that happen, I'm doing everything within my power and budget to drive traffic to the website, Facebook fan page and this blog.

I envision this jingle being played on radio, television and any other possible media outlets to bring more female musicians to the site, encouraging them to create their own pages and to bring more engaging traffic to the site to make it very much worth their while to be listed there.

My hope is the make www.female-musician.com THE place to look when someone is trying to find just the right female musician for their project.  I want them to be able to be listed within the website for free, yet have real exposure that gets them REAL RESULTS.

If the website makes money organically through people entering sweepstakes, trying out products, taking a look at sponsored advertisers, etc., there can be regular blog posts, newsletters, press releases and other means of advertising that will help highlight all the musicians without them needing to pay membership fees. This will also help me keep the website going and improving it year after year.

LEND YOUR SUPPORT TO FEMALE-MUSICIAN.COM

I'm Giovanna Westwood, and I'm a female bass player/vocalist as well as the creator of Female-Musician.com. You can find out more about me on my About Me page within this website or at www.giovannawestwood.com.

I created Female-Musician.com in 2009 out of my own love and passion for music and my admiration for other women who have influenced me and who have made their mark in the music industry as females in command of their instruments.

From the beginning, I had lofty but very attainable goals for the website.  Most of which involve my ability to effectively give exposure to up-and-coming female musicians and recognition to those who are already more well-known or even lesser-known but accomplished.

I created Female-Musician.com from the ground up, from scratch. I added a newsletter, a blog, a Facebook fan page and a Youtube Channel to help increase the visibility of the musicians within the website as well as the site itself.

However, I had no idea of all the work and maintenance involved in taking care of it in a way that would keep everything current within the website, blog, newsletter, and social media as well as keeping in contact with all the people who email me on a regular basis.

So, with that being said, it brings me to why I have created these videos and pages within the website.  I am asking for your support.

If you feel the way I do and would like to see this website and all the women within it flourish and grow because of the exposure it can bring them, I urge you to continue to read further on this page, or if you're watching this on video, please watch through to the end of the final video, and give Female-Musician.com your support. You'll see exactly why your support will help me to keep this website in operation, growing in viewership and realizing the vision I have to help all the female musicians within it get maximum exposure.

Exactly How Can You Help Support and Improve Female-Musician.com?


It's easy to help keep this website alive and growing!

A monetary donation is always welcome.  Just hit the "DONATE" button you see on this page or anywhere throughout the site, and give what you can securely through PayPal.  Even $1.00 can help!

However, I want to share with you that your support doesn't have to equate to a monetary donation.  I have a simple way that you can actually put $20 or more in your pocket through a limited promotion that Netspend has been running and, at the same time, help support Female-Musician.com!

Netspend is a trusted company, and getting your FREE $20 (or more) is not difficult to do.  If you want to actually make money by supporting the website, just click on the link below, or go to the "SPECIAL OFFERS" page I've created inside the website to claim your free money.  You could actually use Netspend to help pay for your holidays, next vacation or whatever you'd like to!  Scroll down or click HERE to watch the video that shows more in detail about how to get your free money.

You can also support Female-Musician.com by entering into featured sweepstakes or by trying out a service such as Explore Talent

.  Go to the "SPECIAL OFFERS" page within the website to enter contests for free and try products and services. In doing so, you will help bring revenue to help keep the site going.

Another way you can support Female-Musician.com for free is by clicking on any words you find in a green color and underlined in green.  When you visit those links, you'll be supporting the advertisers behind them and bringing revenue into the site.  Here is an example:

Exactly How Will Your Support Effect Female-Musician.com?


Your support will help provide continuing webhosting for Female-Musician.com.

Your support will help me finish and add new individual pages for well-known and lesser-known female musicians.


Your support will help me upgrade the design and layout of the website.

Your support will help me create banners and other promotional materials to be used to expand the visibility and increase traffic coming to the website on a daily basis.  With your help, I will be able to buy advertising and/or hire help to promote Female-Musician.com. I will use solo ads, hire social bookmarking assistance and have banners created and placed on complimentary websites.

Your support will help the process of outsourcing the jobs of content creation for the Female-Musician.com Newsletter and blog.

Your support will help me have professional press releases created which will attract more traffic to the website and open up the doors to broader internet promotions.

Your support will assist in reaching other media outlets such as radio and television through professionally done commercials, jingles, etc.

Your support will help to create products that will be relevant and important to female musicians as well as all musicians and entertainers.

Your support will allow me to be able to devote my time to bring to fruition the ideas I've expressed here, and more, to expand the reach and social impact of Female-Musician.com.

My goal is to monetize Female-Musician.com to the point where revenues are regularly generated from ads on the site, products and services the site provides, email marketing campaigns, sponsorship from business interests, etc. allowing the website and all related activities to operate in the black financially, providing each featured musician with very satisfactory exposure and revenues to help maintain all necessary operations.


Make $20 or More and Support Female-Musician.com at the Same Time, Courtesy of Netspend


If you are a U.S. resident and have never had a Netspend account, you can sign up for a Netspend Pre-paid Debit Card, and get a $20 cash bonus to spend any way you'd like!  You will receive your bonus as soon as you load your card with at least $40.  Share it with your loved-ones and friends, and you can and have your next holiday or vacation courtesy of Netspend.


Thank you very much in advance to each and every one of you for all your help and support!

How To Get FREE GIFT CERTIFICATES For Visiting Female-Musician.com

Simply visit any page that has a "REWARDS" tab.  It looks like this 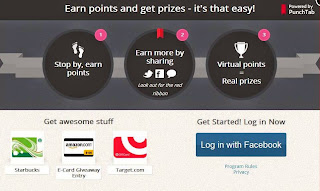 PRINCE, 3RDEYEGIRL AND THE NEW POWER GENERATION ON THE ARSENIO HALL SHOW!

Prince is an undisputed TRUE musician with seemingly unlimited talent, creativity and longevity.

He is also and always has been a supporter of female musicians.  Through the course of his career, he has featured and helped propel the careers of female bassists, guitarists, keyboardists, drummers, vocalists and even dancers.

Some of the women he has worked with are:

His performances with "3rdEyeGirl" and "The New Power Generation" on the Arsenio Hall Show on March 5, 2014 were exciting, powerful and continued in his tradition of supporting and featuring strong female musicians.  He also featured in a solo performance vocalist Liv Warfield and her song "Soul Lifted".

"3rdEyeGirl's" Hanna Ford Welton on drums, Donna Grantis on guitar, and Ida Nielsen on bass laid a strong foundation for Prince as his rhythm section.

If you missed the Arsenio Hall Show, you can see all the powerful performances and the full episode right here.  And you can best believe, baby, this is REAL MUSIC!  Enjoy!

Prince and 3rdEyeGirl "She's Always In My Hair"